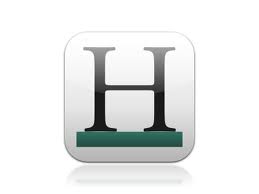 When a high-profile athlete commits an act of tragic violence, thoughts quickly turn to the possibility that steroid-induced rage was the cause. Such was the kneejerk assumption of media pundits regarding the double murder and suicide of former WWE wrestler Chris Benoit, and many still believe it, notwithstanding evidence of massive alcohol consumption and the degenerative brain condition known as Chronic Traumatic Encephalopathy (which can cause confusion, impaired judgment, paranoia, poor impulse control, aggression, depression, memory loss and dementia). In the murder case against “Blade Runner” Oscar Pistorius for the death of law graduate and model Reeva Steenkamp, the “roid rage” assumption received initial validation by reports that “boxes and boxes” of anabolic steroids and hypodermic syringes were found in his bedroom at the scene of the crime.

Identifying a simple, solitary cause for incomprehensible brutality may be both easier for journalists to report and more comforting for the public to accept than that the roots of such behavior lie in the human heart. But it doesn’t make it true. Research suggests an association between steroids and aggression, but that doesn’t mean a cause and effect relationship exists. The notion that anabolic steroid use typically induces uncontrollable fits of rage is a myth. Like many myths, it has a kernel of truth at its core but has been distorted into something having little to do with fact. The vast, overwhelming majority of anabolic steroid users aren’t committing murder and mayhem. Studies administering moderate dosages of the substances have resulted in no discernible psychiatric problems. While in a very small percentage of possibly “predisposed” individuals, steroids can lead to varying psychiatric symptoms, the appearance of these symptoms is generally correlated to dosage (1,000 mg. per week) and may also be rooted in previous mental illness or abuse of other drugs. While it’s convenient to assume simple explanations for unfathomable conduct, the truth is that human behavior is extremely complicated and rarely, if ever, can it be simplified down to a single causal factor.