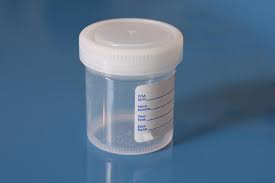 “Muscle profiling” is the practice of identifying suspected anabolic steroid users based simply on their appearance, then arresting them on that basis and forcing them to submit to urine tests.  If they test positive for banned performance enhancing drugs, they’re charged with doping as a crime. It seems quite subjective and non-scientific, and to American sensibilities it may seem like a virulent and discriminatory invasion of privacy or even a violation of the Fourth Amendment.  But the practice appears to have spread beyond Sweden, where a professional bodybuilder from the U.S. was taken into custody at an autograph signing based upon his appearance, to other European countries, as well.

A recent report comes out of Belgium.  Boris, a young dietician in his late 20’s working in the medical insurance field decided to enter his first bodybuilding contest.  He placed a respectable 5th out of 9, but as the show drew to a close he was selected by the officials as one of 10 out of 70 competitors to submit to urine testing.  He was told to urinate in a cup and fill out paperwork.  A month later, he was advised in a letter from the Department of “Culture, Youth, Sports and Media” that he tested positive for steroids and two ancillary drugs, and that his testosterone ratio was elevated.

In Belgium, steroid doping crimes are pursued both by government anti-doping authorities and by the police.  The anti-doping authorities typically tip off the police, who launch their own separate investigation.  Shortly after receiving the letter regarding his urine results, Boris received a call from his father. Three policemen had shown up at the door of their home with a warrant and had begun searching his room.  The warrant alleged there was cause to search for steroids, other drugs and “narcotics” – all based only on the urine test results.  They even seized his computer and external hard drive.

Boris told me, “I have in my whole life never hurt a living soul, always been helpful towards others, often stupid enough to help others when I should have been more selfish for my own good. I’m a hard working man and all my colleagues and bosses are very happy with my work and would fight not to lose me from their team. … Yet that day, when I had to pee in that cup, all of that changed, and I was all of a sudden a criminal, a very, very bad man in need of some serious punishing….”

Boris was commanded to appear at an investigational hearing before the anti-doping disciplinary commission.  For two and a half hours, he was questioned on every aspect of his life, his training, his diet, and all aspects of his use of sports-related drugs.  He was also fingerprinted and his mug shots were taken.

The following month, he received a letter in the mail.  While the criminal investigation was not resolved, the decision of the anti-doping disciplinary commission was a heavy fine of 3,350 euros and … a four-year ban on setting foot in a gym.  Yes, not just a ban on bodybuilding competition, but a prohibition against working out at all in any gym!  Sounds crazy?  Of course it does, given that exercise is universally regarded as a healthful human activity with tremendous physical and psychological benefits.  The punishment is idiotic.  But there’s one more part of the equation that’s even crazier: the doping authorities claim jurisdiction over each and every gym member in the country, not just the ones that compete!  That means that they have the right to raid any gym, accompanied by police agents, and force anyone they choose to pee in a cup.  Anyone who fails is treated as a cheating athlete, may be charged by both doping officials and the police, and is forbidden from entering a gym.  And the raids have already begun, with the police searching locker rooms, gym bags and vehicles of the members![1]

Nobody is condoning the use of performance enhancing drugs in drug-tested sports, regardless of whether some or even all of the other competitors are also using.  Rule violations should be met with fair and appropriate sanctions.  That makes sense.  But what’s going on in Belgium sounds like a dangerous and excessive precedent with a potential for greater and greater abuse.  Gyms are already being raided.  What’s to stop authorities from stopping anybody who is simply walking on a public street, if that person has more beef packed on than is deemed to be natural?  Where will it end?

When an Innocent Person is FramedRick Collins now a blogger for Huffington Post: Oscar Pistorius and a Case of Mistaken Assumptions