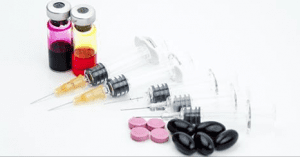 Rick’s blog, “Operation Cyber Juice Targets Underground Steroid Labs with Anti-Doping Assistance – But Who Are the Real Users?” provides insight and commentary on the recent DEA shutdown of 16 underground anabolic steroid labs and 90 arrests — the latest nationwide enforcement action surrounding steroids. In the blog, Rick points out the implications of USADA and WADA involvement – noting that their involvement likely perpetuates and stresses the connection people make between non-medical steroid use and competitive athletes. Rick makes the important point that far too often our focus becomes diverted when it comes to who the real users of steroids mostly are … and that policies about non-medical steroid use may head in the wrong direction because they aren’t focusing on, or addressing, the majority of real steroid users.

Rick, who has researched the demographics, motivations and use patterns of non-medical steroid users, shares important findings in his blog from a 2007 study he co-researched, published in the Journal of the International Society of Sports Nutrition. He points to his data — showing that approximately 80% of steroid users surveyed were not involved in competitive sports in any way – and were, in reality, on average “about 30 years old, well-educated, earning an above-average income in a white collar occupation and not active in organized sports” – data that has been backed up by other researchers, as well. In addition, he addresses some of the main reasons for steroid use today – noting that the use of steroids is more about enhancing appearance cosmetically (similar to procedures such as breast augmentation, liposuction, Botox, etc.) than about sports cheating. Most importantly, Rick comments on how this focus on the wrong steroid user “may divert our focus, and our resources, in the wrong direction.”