Q:   Does new research prove that poor men age faster and die younger due to lower levels of testosterone? 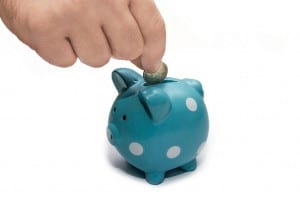 A: A British study recently published in Social Science and Medicine looked at the association between socioeconomic position, including education and income, and hormone levels, including testosterone (“T”)[1]. The researchers focused on the health disparities between rich people and poor people, such as a widening life expectancy gap (e.g., government projections suggest that a baby boy born in a wealthy southwest London suburb could expect to live eight and a half years longer than one born the same day in a poor English city). Previous studies have shown that disadvantaged people in the UK not only die younger, but are also more vulnerable to diseases and physical and cognitive dysfunction. The researchers theorized that the health inequities associated with lower socioeconomic positions might be due to biological differences in their hormones – including T levels. Low testosterone has been associated with a host of men’s health problems. The researchers hypothesized that lower socioeconomic positions across life would be associated with lower T levels among older men.

The researchers took their data from a British cohort study of male and female subjects born in March 1946. While multiple hormone levels were assessed, my focus here is strictly on T levels, which were measured by blood tests at 53 years and at 60-64 years of age (estrogen levels were not assessed). Were there differences between the rich and the poor? At 53 years, the men showed no relevant variations in T levels (although women in the study with lower childhood socioeconomic positions showed higher T levels, which the authors note are linked to greater women’s health problems). For men 60-64, however, differences emerged – lower T levels were associated with lower education and even most strongly to lower household income. Men who annually made less than 6,000 pounds (less than $9,000 US) averaged about 10% lower T levels than men who made 30,000 pounds or more (around $45,000 US).[2] The 25% of top income earners had the highest average T levels, with each income quartile below them averaging lower T levels.

So, why are poor men’s T levels lower than rich men’s? Undereducated and disadvantaged men have fewer opportunities for high quality nutrition and premium exercise equipment and may have greater stressors. A contributing factor may be fat mass – low socioeconomic positions are linked to higher fat mass, which may in turn lower T levels in men. But while the researchers focused their hypothesis on socioeconomic position affecting T levels, they concede the possibility that it may work in the opposite direction – or in both directions. In other words, having low T levels may contribute to your being less able to improve your socioeconomic conditions. After all, T is associated with confidence, drive and dominance. The classic “master of the universe” types are high-T alpha males, not low-T betas. Perhaps most likely of all is the bi-directional theory – i.e., that the association works both ways. Having no money or education means lower T levels due to fewer opportunities for a healthy lifestyle, while having low T conversely provides less ambition to seek occupational changes to earn more money. Either way, the researchers conclude that people from disadvantaged backgrounds are “biologically different” from their affluent counterparts and that these hormonal inequities could explain differences in health and mortality as we age. They note that reducing the socioeconomic inequalities could greatly improve the health of the population and lower health care costs.

Rick Collins, JD, CSCS is the lawyer that members of the bodybuilding community and nutritional supplement industry turn to when they need legal help or representation. [© Rick Collins, 2016. Adapted from a past column in Muscular Development magazine. All rights reserved. For informational purposes only, not to be construed as legal or medical advice.]

[5] http://www.forbes.com/sites/moneywisewomen/2012/03/21/average-america-vs-the-one-percent. Note too that over half of all wealth in the US belongs to the top 3% of earners.