A lawyer with a conscience. It’s not too often you meet a lawyer that’s an actual person. I was surprised when he told me he doesn’t represent coke dealers, rapists, murderers etc because he has a moral code. A moral code!? Never met a lawyer that wasn’t a blood sucking soulless leech until now.

Rick is not just a good person but an amazing lawyer, he went to bat for me like no one else could have. He fought my case and I should have gotten no less than 3-4yrs but he brought it down to 12mo 1day. Where the prosecutor initially wanted 5yr. I didn’t have just a couple vials here, I had enough to supply every football team in the world for the next 10yrs.

I was in hot water and I was going to burn. I fired my first lawyer after wasting 10k on him so don’t do what I did, get the best Lawyer first time out the gate. If you happen to be someone who might need a steroid lawyer in the future, definitely get him on retainer. It could be the difference between freedom or half a decade in federal pound me in the prison. 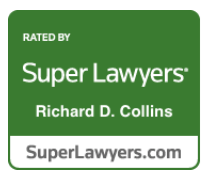